Retail Opportunities in China in a Post-Pandemic World 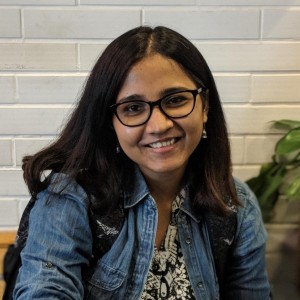 Seema is a Digital Marketing Specialist with a decade of experience in helping businesses grow. Consumers in most countries aren’t spending on anything but essentials. Retailers all over the US and Europe are trying to figure out how to avoid permanent closings.

With business coming to a grinding halt, it might be worth exploring what other opportunities lie ahead.

China, being the first to be hit, is now the first country to return to normalcy. With businesses opening back up, shoppers are returning to stores. A Hermès Boutique in China made $2.7 Million in one day after it reopened this week.

Should you be looking at China in the post-pandemic world?

Despite the economic slowdown, the retail industry in China is booming. China currently accounts for 21% of the global retail market and is set to overtake the US to become the largest retail market in the world by 2021.

China is also already a leader in terms of e-commerce sales. In 2019, it was estimated to amount to 1.9 trillion U.S. dollars.

Post-corona, this number is set to increase even more. Consumers in China are a lot more optimistic about the current situation and expected to increase their spend over the next 6 months.

They are looking for ways to buy goods with minimal human contact. We are also observing a surge of first-time online shoppers via channels like WeChat. Drone deliveries are becoming more common.

Unlike the US, where e-commerce is fragmented, in China a couple of big players rule the market like the Alibaba Group and JD.com. And these giants have launched several initiatives to support brands that sell through them. Flash sales, live-streamed fashion shows and coupons to help sales get back to normal as quickly as possible.

This surge of interest in Retail in China has done wonders for early movers.

The first is a supplement company that creates protein and creatine powder for people who work out and go to the gym. This company has recently increased efforts in China after a period of low sales during the lockdowns.

In the aftermath of coronavirus, many people have become more conscious when it comes to taking their health seriously. With gyms starting to reopen in China, this company has found a solution that lets them keep selling despite underperforming home markets and traditional foreign markets.

The crazy part about this is that they’re selling a physical product, through a physical supply chain, for a physical activity. Doesn’t that seem like the worst combination imaginable right now?

A keen eye for the way the markets were shifting is allowing retailers to adjust their distribution and continue selling during this window of opportunity but in a different market.

On a related theme, a company that sells activewear into Norway, Sweden, Denmark, and Germany, were perfectly happy sticking to their home markets. While they threw around the idea of China loosely, they hadn’t pulled the trigger. They were content with the European market and didn’t have aspirations of expansion and domination.

They had also planned for a massive winter season in Europe — stocking up on inventory. Sadly, that never eventuated, and they were left holding massive inventory.

Feeling the sting of a sharp decline in sales in their home markets, they have now adjusted and are launching into China.

With retail being one of the hardest-hit sectors in the US, the China market is providing the much-needed push to help retailers survive the current situation.

So how easy is it to get started in China, you ask?

Entering a foreign market like China can seem intimidating. There’s a language barrier, it’s hard to understand the legal and logistical requirements and most foreign retailers don’t really know what works.

From that perspective, the barrier is high.

Many retailers don’t realize that other barriers to enter China are quite low. Cross-border e-commerce is encouraged and you don’t need a Chinese business entity to get started. Another issue that a lot of retailers worry about is logistics. But if your website loads in China, you can start selling right away.

It’s also quick and easy to do a point-of-sale setup. If you have issues with stock not moving and sales plummeting in your home market, China might offer a way out of it.

For more details on how to get started with retailing in China, request a demo with the AdChina.io sales team

We use cookies to enhance your browsing experience, analyze site traffic, and serve tailored experiences. By continuing to browse or closing this banner, you consent to our use of cookies.

This page informs you of our policies regarding the collection, use, and disclosure of personal data when you use our Service and the choices you have associated with that data.

Information Collection And Use
We collect several different types of information for various purposes to provide and improve our Service to you.

Email address
First name and last name
Usage Data
We may also collect information how the Service is accessed and used (“Usage Data”). This Usage Data may include information such as your computer’s Internet Protocol address (e.g. IP address), browser type, browser version, the pages of our Service that you visit, the time and date of your visit, the time spent on those pages, unique device identifiers and other diagnostic data.

Use of Data
GODIGITALCHINA AS uses the collected data for various purposes:

To provide and maintain the Service
To notify you about changes to our Service
To allow you to participate in interactive features of our Service when you choose to do so
To provide customer care and support
To provide analysis or valuable information so that we can improve the Service
To monitor the usage of the Service
To detect, prevent and address technical issues
Transfer Of Data
Your information, including Personal Data, may be transferred to — and maintained on — computers located outside of your state, province, country or other governmental jurisdiction where the data protection laws may differ than those from your jurisdiction.

If you are located outside Norway and choose to provide information to us, please note that we transfer the data, including Personal Data, to Norway and process it there.

Your consent to this Privacy Policy followed by your submission of such information represents your agreement to that transfer.

GODIGITALCHINA AS will take all steps reasonably necessary to ensure that your data is treated securely and in accordance with this Privacy Policy and no transfer of your Personal Data will take place to an organization or a country unless there are adequate controls in place including the security of your data and other personal information.

Disclosure Of Data
Legal Requirements
GODIGITALCHINA AS may disclose your Personal Data in the good faith belief that such action is necessary to:

To comply with a legal obligation
To protect and defend the rights or property of GODIGITALCHINA AS
To prevent or investigate possible wrongdoing in connection with the Service
To protect the personal safety of users of the Service or the public
To protect against legal liability
Security Of Data
The security of your data is important to us, but remember that no method of transmission over the Internet, or method of electronic storage is 100% secure. While we strive to use commercially acceptable means to protect your Personal Data, we cannot guarantee its absolute security.

These third parties have access to your Personal Data only to perform these tasks on our behalf and are obligated not to disclose or use it for any other purpose.

Links To Other Sites
Our Service may contain links to other sites that are not operated by us. If you click on a third party link, you will be directed to that third party’s site. We strongly advise you to review the Privacy Policy of every site you visit.

We have no control over and assume no responsibility for the content, privacy policies or practices of any third party sites or services.

Children’s Privacy
Our Service does not address anyone under the age of 18 (“Children”).

We do not knowingly collect personally identifiable information from anyone under the age of 18. If you are a parent or guardian and you are aware that your Children has provided us with Personal Data, please contact us. If we become aware that we have collected Personal Data from children without verification of parental consent, we take steps to remove that information from our servers.

We will let you know via email and/or a prominent notice on our Service, prior to the change becoming effective and update the “effective date” at the top of this Privacy Policy.

This is an necessary category.

Cookies in this category allows us to see and record how users interact with AdChina.io.

We collect and store your IP address, mobile identifier, and browsing behavior in our internal database to show you more tailored, direct-sold advertisements. We’ll be sharing with various advertising partners.

Get your free demo today